This free tool is now available and is included in the .dmg for the current version of Organise Pro. 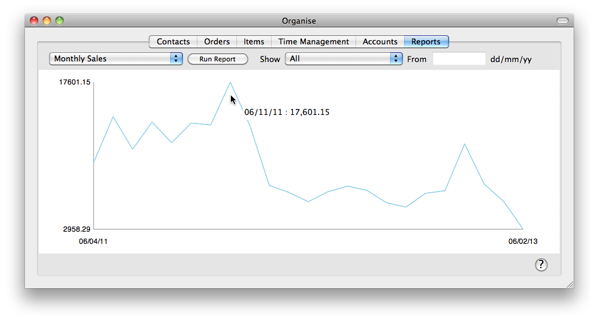 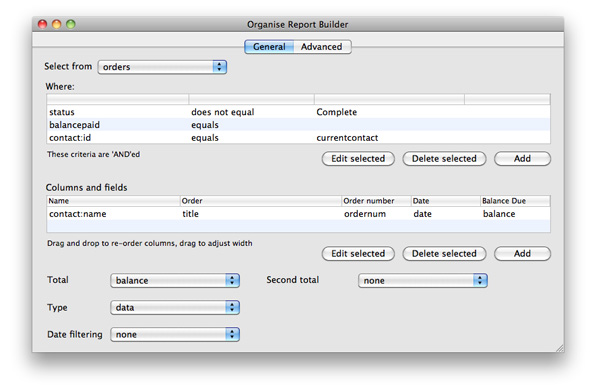 reports are 'plugged in' to Organise Pro's report manager. You can create them yourself using this reference guide or the new Organise Report Builder or I can create them for you. Some potentially useful ones are shared below.

You may not be able to click the link to download it, you may need to right-click (control-click) and choose 'save linked file as' or similar.

Save the file in ~Library/Application Support/Organise/Reports and re-start Organise.

(Note that as from 10.7 (Lion) OSX hides your Library folder from you, there are some tricks to get into it, the easiest may be Finder>Go>Go and press your alt key to reveal 'Library')

Adds 'conatct2' fields (delivery contact)
Adds new field 'firstname' for billing and delivery addresses (extracted from the name field which is a single field in Organise)
Fixes bug which prevented report from running if the 'select from' popup was on default (orders) and hadn't been touched
RB v2.1 should be used with Organise v7.1 and above

adds 'category' field for Item and 'item:category' for Item purchased
allows 'contains' when selecting (eg "category contains 'magazine'" )
RB v2.1 should be used with Organise v7.1 and above